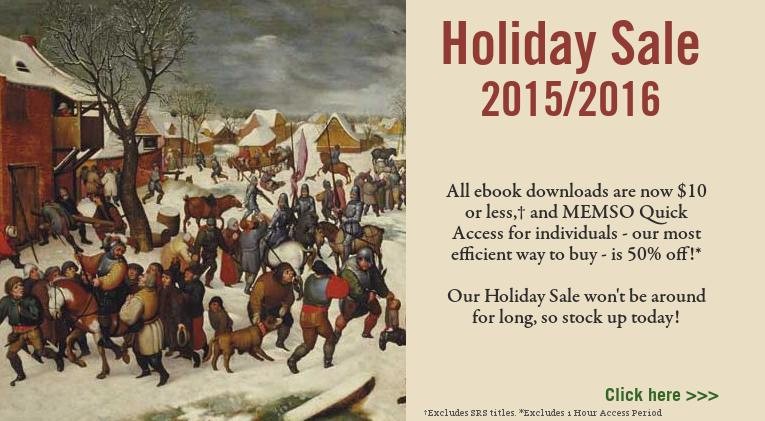 Posted by benmoreassynt at 9:37 AM No comments:

The next time someone says "did you know the collective noun for ducks is 'a paddling'" tell them they're perpetuating old twaddle.

Six-hundred years later, they're fodder for trivia quizzes everywhere, but they're really not 'true' in any real sense, even though a few have actually caught on because of the frequency with which the myth that they were the 'proper' terms has been perpetuated.

The most common source for the many bogus collective nouns is the 'Book of St Albans', a 15th century book of advice on tedious aristocratic interests like hunting and heraldry. But in amongst the 'murder of crows', 'charm of goldfinches' and (best known of all) 'pride of lions' are a 'herd of harlots', a 'blush of boys' and a 'disworship of Scots'.

Perhaps most telling is the collective noun for a pardoner ... something that will make perfect sense to anybody familiar with Chaucer's Pardoner's Tale: "a lying of pardoners". Clearly many of these terms were never meant to be taken remotely seriously.

The absolute clincher, if it's needed, that nobody was every expected to use these terms in anger, comes from the collective noun for monks, according to the Book of St Albans:

"A bominable sight of monks". By the groan-inducing standards of medieval humour, that's actually not bad.

The pages from the Book of St Albans concerned are below: 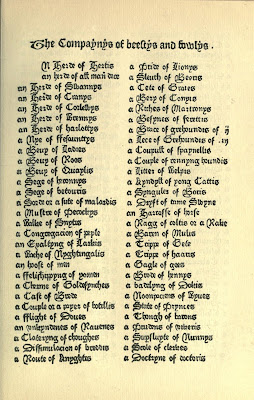 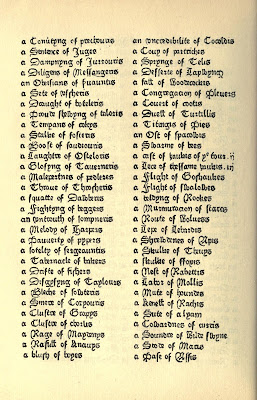 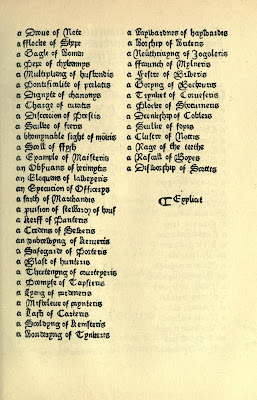 Posted by benmoreassynt at 1:34 PM No comments:

A Pox on Both their Houses: How a Dose of Syphilis May Have Played a Role in the The Union of the Crowns

Reported on 13 February 1567 in Paris how, following Prince James' (the future James VI and I) baptism, Mary Queen of Scots 'repaired to Glasgow to visit the King her husband [aka Lord Darnley] whereby it is pretty evident that there is still estrangement and no little distrust between him and the Queen'.
Darnley 'was sick of the petite vérole which we call measles.' Although at Stirling at the time of James' baptism, he wasn't at the ceremony, and kept to his chamber.
The unfortunate Darnley didn't have the option of an MMR vaccine of course, and in any case it is generally thought he was suffering from smallpox, or quite possibly syphilis, rather than measles. Certainly, if it was measles it was the second time he had been claimed to have the disease within two years (which is physically impossible). On both occasions the bout of 'measles' lasted far longer than either it or smallpox should. Likewise syphilis would be entirely consistent with what is know of Darnley's extra-marital activities, and the two outbreaks of rash that can typify the disease's progression in its secondary stage.
A dose of the pox, however, was the least of Darnley's worries, as he was murdered at Kirk o' Fields in Edinburgh on 9 February, but the news had yet to reach France.
All in all, a bad start to the year for him, then.
More on Darnley's conjectured bouts of syphilis can be read here: http://medicalhistory.blogspot.ca/…/how-spirochete-secured-…, and while modern diagnoses of historical diseases is often a highly speculative business, it seems one thing we can be fairly sure of is that Darnley didn't have measles.
Posted by benmoreassynt at 12:03 PM No comments: